Many many years ago I bought a plastic model kit of the Westland Lysander, back when I was working on getting one designed for our Flight Simulator range of aircraft models. I planned on making a diorama with it, based on one of the incidents that took place during the war, when SOE pilots would land behind enemy lines in France and elsewhere to pick up and drop off spies.

Well, it took a tad longer before I really would return to the hobby of scale model building, but…… it IS happening. I am slowly collecting new tools, paint, brushes, an airbrush, diorama materials and what have you. Pretty big investment too. AND I am collecting additional kits that should make the story come alive.

What I plan to model is one of the flights that got stuck in the mud in a French field, picking up some spies. The Lysander got stuck and even with the help of a farmer and his horse and resistance people, they couldn’t get the aircraft out. All the while the Germans were not far off!

My diorama is going to show the effort of getting the stuck Lysander free. SO far I have the Lysander (scale 1/32, a bit awkward), a (German) military Citroen (Traction Avant) that will be made civilian, a German field kitchen, of which I will use a horse. Some figures are on the way too.
What I still need is a British pilot, a farmer holding the horse and some ‘maquis’. The pilot is totally elusive, and the maquis are very expensive. Hey, I am on a small pension now and the wife is looking over my shoulder !!!

Anyway, today I took the parts out of their boxes to see how big it all is going to be. I laid them out and drew up a rough sketch. Next will be to build a base out of wood, and find some foam for the initial covering. On it I plan to put plaster to model the plowed soil and the tracks of the plane in…… 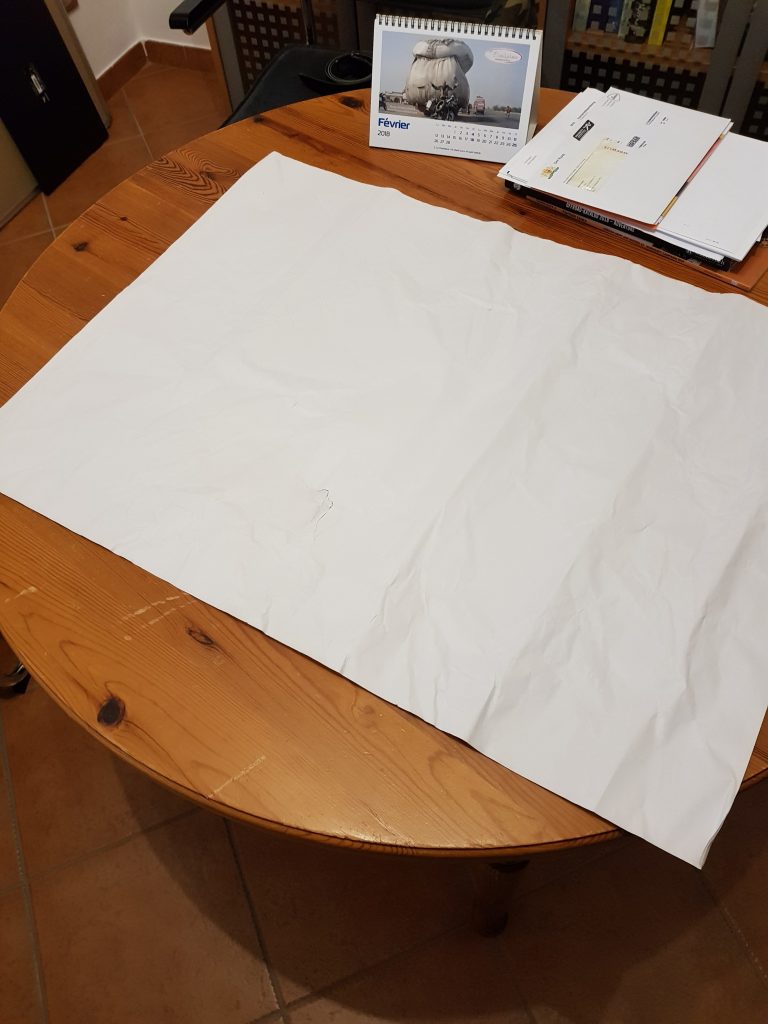 Any project begins with a white sheet of paper, right ? 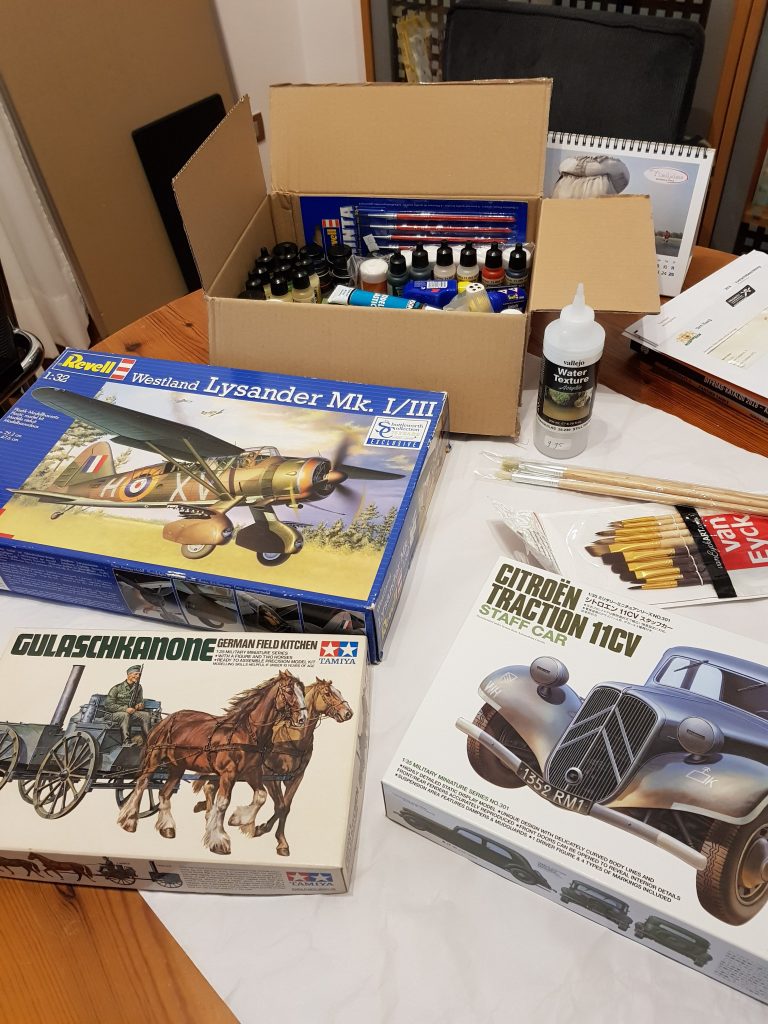 Here’s some of the stuff I already have collected…. heck, only took me 10 years or so ! 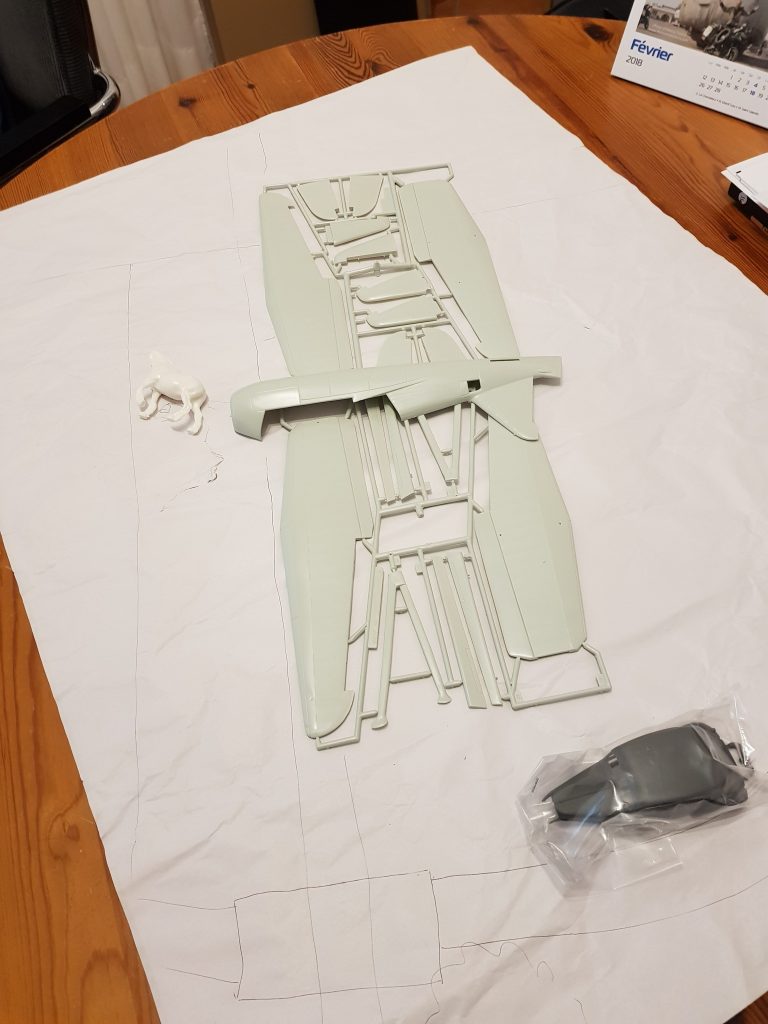 Trying to figure out the size of the diorama ultimately….. the Lizzie is pretty wide ! 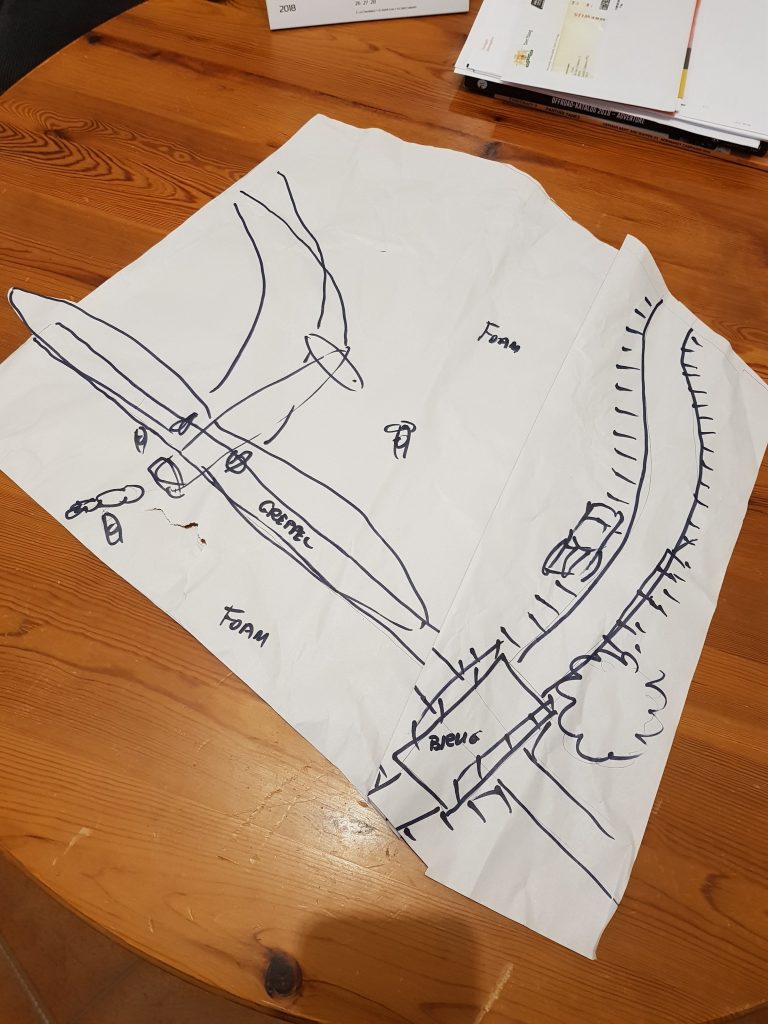 Are you beginning to see what I am after ?