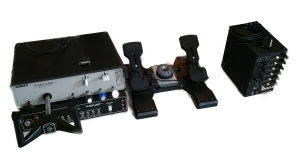 Here’s my first post on the actual initialization of my cockpit project. SO many things to prepare, to plan, to think about, to research…….. I wish I had more time ! 🙂
I started with laying out all the bits and pieces I collected over the years. Some bought, some received as gifts, some received for reviews when I was writing for magazines. It is quite a collection…… but very diverse and I have no idea if it all still works. Especially the Flightlink equipment was difficult to get going, and it has been over 8 years since I last connected any of it. A good friend from the US is sending me an additional set of Go Flight panels !! I have a number of Saitek bits, yoke and panels and various other things.

And I HAD 4 computers…. now 3. And lots of problems with them. So I started getting the PC’s to work again. Loaded Windows 10 on all of them now, then started swapping graphic cards, memory, even mother board between them. In the end I now have one that I will dedicate to the simulator, and one that I will use as my ‘work’ computer (for photo editing, writing, 3D development etc.).

The problem is that the ‘work’ computer (former ‘office PC’) is now the best one, with a 4590K CPU in a large cooled Cooler Master case. My computer games run again on this one now too (they all crashed before). The FS computer is in a Cooler Master too, but only has a 3.4 Mhz 2600 CPU. Needs upgrading.

I also found some on-line forums and Facebook groups where I am getting ideas, and lots of help ! I will mention all of them separately and provide links of everything I find.

Last but not least I started measuring the actual space I have for the cockpit and designing the setup. I am using my trusted Sketchup (now on Sketchup 2018, owned by Trimble) to make things visual (something I need for myself). It is all still very much in planning phases…… not to mention ‘discussion phese’….. the dear wife will let me build this, but isn’t happy that it also costs money….. urghs. I am sure some of you can relate to this.

Anyhow….. below are a few pictures I took during these past 3 weeks of on and off work on my plans, and while fixing the PC’s.
Oh, on that last issue…. it probably was a loosened cooler on the 4590K CPU that was the culprit of all the games not running anymore….. I found that by accident when I took the motherboard out of the mini-case to put it in the ATX tower….. it was impossible to spot while it was still embedded in the case, so good thing I switched things ! 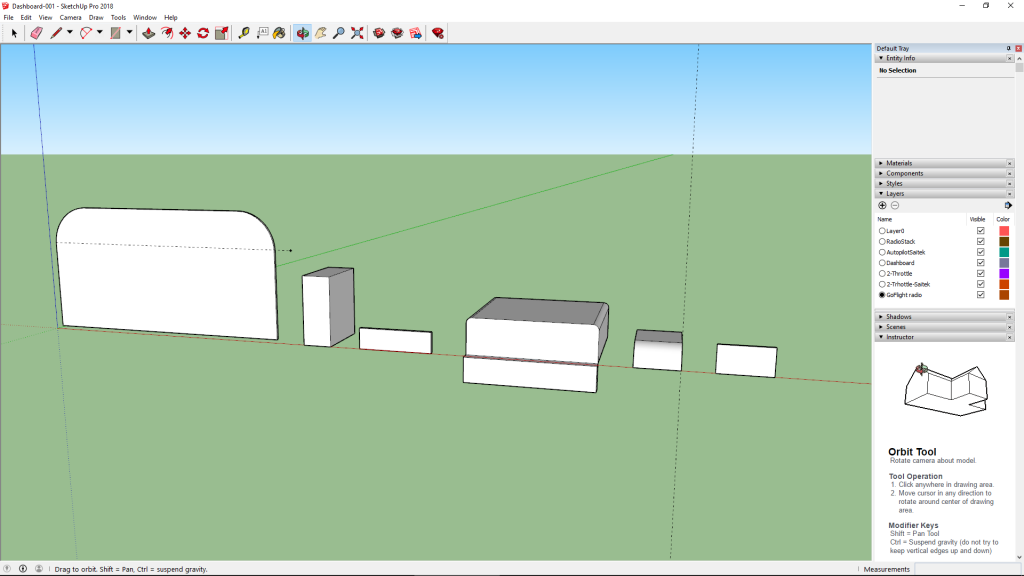 Above is my first attempt to inventory all available major components, and ultimately to fit them together in the space of the ‘Cessna’ panel all the way on the left. 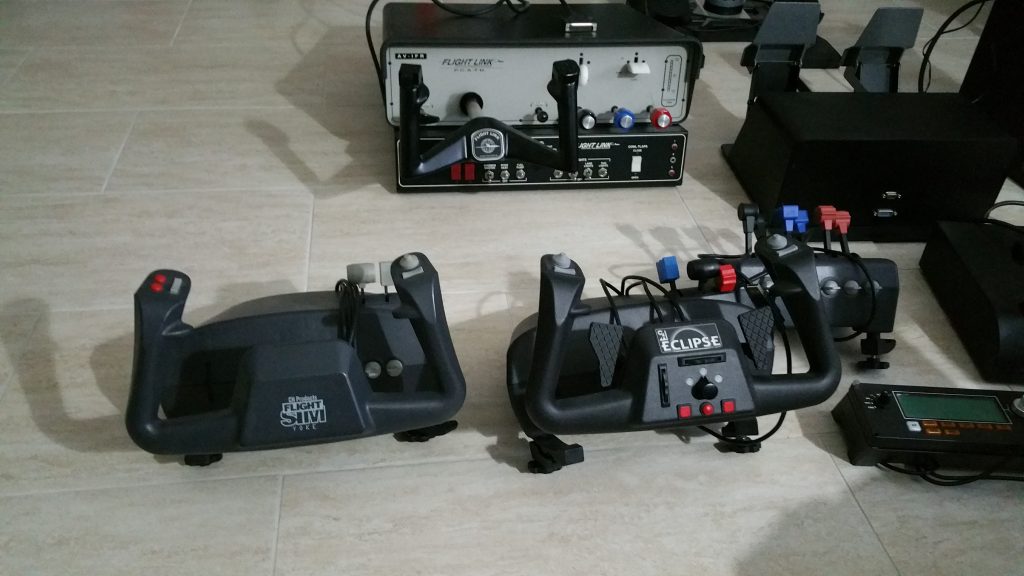 Got plenty of yokes somehow, but intend to use the Flightlink panel shown at the top. Maybe I can somehow rig a second yoke for reality? Time will tell. 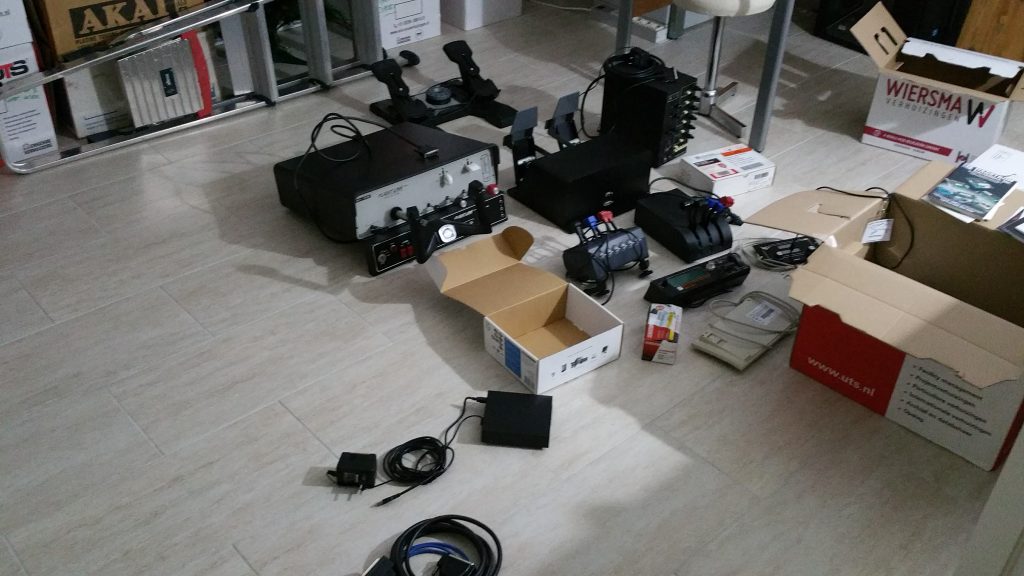 Quite a bit of redundant hardware…… but hoping to use most of it. The idea is to build a hybrid cockpit that can act as a single- or a twin-engined aircraft.

I am also planing to make it as modular as possible, so I can maybe roll the cockpit away and install a car simulator instead, using the same visual setup.